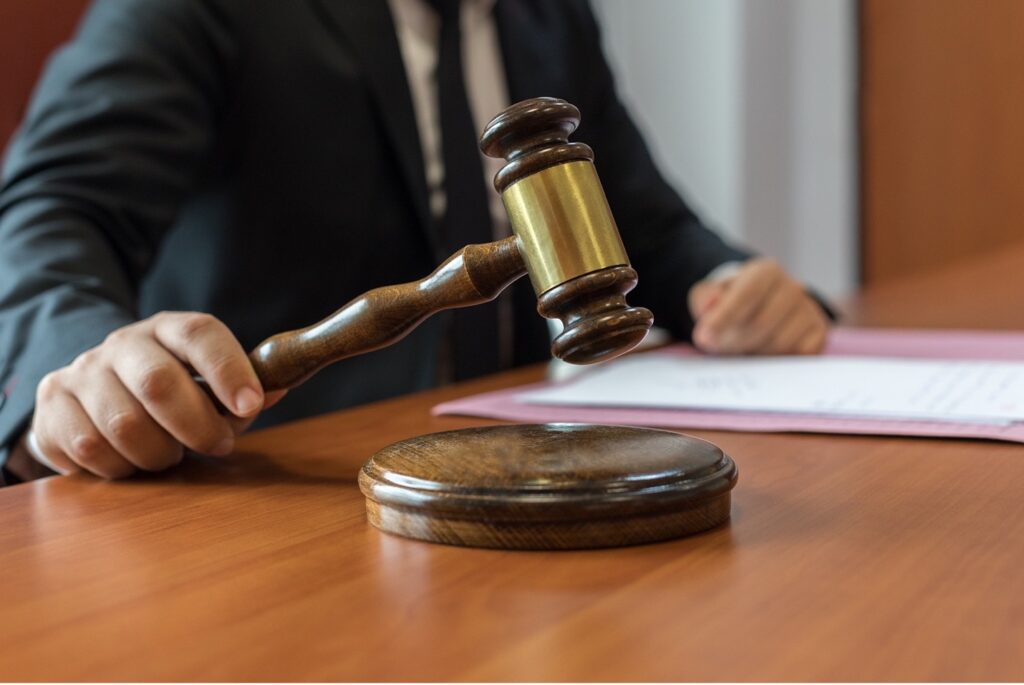 Jess Spires, the appellant, sued the defendant, Raven Thomas, to recover for injuries that Spires sustained when a vehicle driven by Thomas hit him. On March 19th, 2017, Spires was walking home from work when he was struck from behind by Thomas’s vehicle. Spires was thrown 20 feet into the ditch on the edge of the roadway. Spires suffered a broken nose, a compound fracture of his right arm, a fracture of his right knee, pelvis, back, and a concussion following the collision. Spires was not aware that the accident had occurred or that he was injured until waking up in the hospital approximately one to two weeks later.

Thomas argued that she had not seen Spires walking on the side of the road and that she believed that she had hit a deer. Thomas relied on information from the Georgia traffic crash report that stated Spires was walking in the roadway and that he had landed 20 feet off the road after the impact. Thomas also relied on statements that there were no tire tracks or skid marks on the roadway to suggest that Thomas had traveled off the road. Additionally, Thomas relied on evidence of a beer can lying beside Spires as he was unconscious in the ditch, as well as testimony from law enforcement stating that they suspected he was intoxicated. Spires testified he was not walking on the road at the time of the accident and was not drinking that morning on his way home from work.

Thomas filed a motion for summary judgment, arguing that Spires stepped into the roadway into Thomas’s path. The arguments in the motion further suggested that Spires had not provided any evidence that Thomas had negligently operated her vehicle at the time of the accident.

In response, Spires provided evidence from an accident reconstructionist which suggested that if Thomas was driving 55 miles per hour in the location of the accident, she should have been able to see a pedestrian on the side of the road from up to 185 feet away. At this distance, Thomas would have seen Spires and could have avoided hitting him. The accident reconstructionist further argued that Thomas had undermined evidence at the scene by leaving. The trial court granted Thomas’ summary judgment motion, stating that Spires had presented no evidence that Thomas’s negligence caused his injuries. Following the trial court’s ruling, Spires appealed.

The court also considered the question posed by Spire regarding where he was at the time of the accident. The court agreed there was conflicting evidence as to where Spires was, whether on the road or the side of the road. The court noted that matters of “negligence, diligence, contributory negligence, and proximate cause” are matters for the jury and should not be decided by the court. The appeals court found that the trial court erred in granting summary judgment when Thomas relied on the narrative of the crash report saying that Spires was in the road at the time of the accident. The court ruled that the lower court granted summary judgment in error because Spires had previously testified that before the collision, he was walking in the grass on the side of the road, which constituted a genuine issue of material fact.

Depending on the side of the case that makes a motion for summary judgment, you and your attorney must provide the information necessary to succeed in bringing or defending a summary judgment motion. In the case of Spires, providing evidence contrary to Thomas’ allowed Spires’ case to continue.

The personal injury attorneys at Dozier Law are focused on helping injured clients get compensation in insurance claims or lawsuits. We will carefully review your circumstances and provide you with valuable information regarding your legal options. Most personal injury claims are handled by Dozier Law on a contingency fee basis. This means that we do not charge attorney’s fees unless you obtain compensation in your lawsuit or claim. To consult with Dozier Law’s skilled Georgia injury lawyers, give us a call at (888) 239-2129 or contact us online.