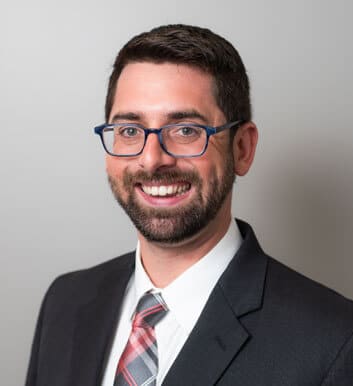 David Dorer is an attorney in the litigation department at the Dozier Law Firm, where he handles cases involving motor vehicle collisions, tractor-trailer collisions, slip and falls, and negligent security.

David grew up in Flower Mound, Texas, but graduated from Milton High School in Alpharetta, Georgia. David received a full-ride HOPE Scholarship to Georgia State University, where he graduated in 2008 with a degree in Political Science and Philosophy. At the same time, David opened, owned, and operated a commercial recording studio in Atlanta, Georgia. Thereafter, David earned his law degree from Mercer University School of Law in 2012.

David and his wife Megan Tuttle, who is an attorney at the Bibb County Public Defenders’ Office, live in Macon, Georgia with their pets Theemi, Addie, Sheldon, and Maureen.