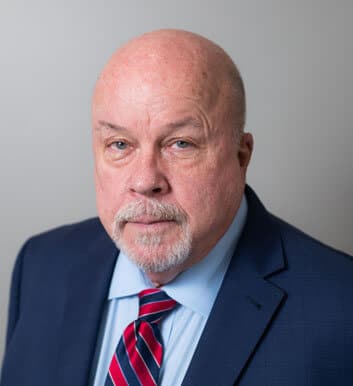 George grew up in Macon, Georgia and resides in Bibb County with his wife, Marilyn Sutton. He graduated from Mercer University with a Bachelor of Science Degree in Chemistry. He received his Doctor of Medicine Degree from the Medical College of Georgia in 1973. He received six years of post-graduate medical training and is Board Certified in both Obstetrics and Gynecology, and Gynecologic Oncology. His medical background includes twenty years of service in the United States Army, retiring as Colonel, Regular Army. He continued his medical career in the practice of gynecologic and surgical oncology, in both private practice and academic settings. He has published numerous scientific articles in medical peer-review journals. Since graduation from the Mercer University Walter F. George School of Law, George has worked continuously as a trial lawyer representing plaintiffs in medical malpractice and nursing home negligence causes of action. George is a member of the State Bar of Georgia, the William Augustus Bootle Inn of Court, the American Bar Association, the American Association of Justice, the Georgia Trial Lawyers Association, and the Middle Georgia Trial Lawyers Association. He is admitted to practice in all Superior and State Courts in Georgia, as well as the Court of Appeals, the Supreme Court of Georgia, the Middle and Northern Districts of Georgia, and the Eleventh Circuit Court of Appeals.